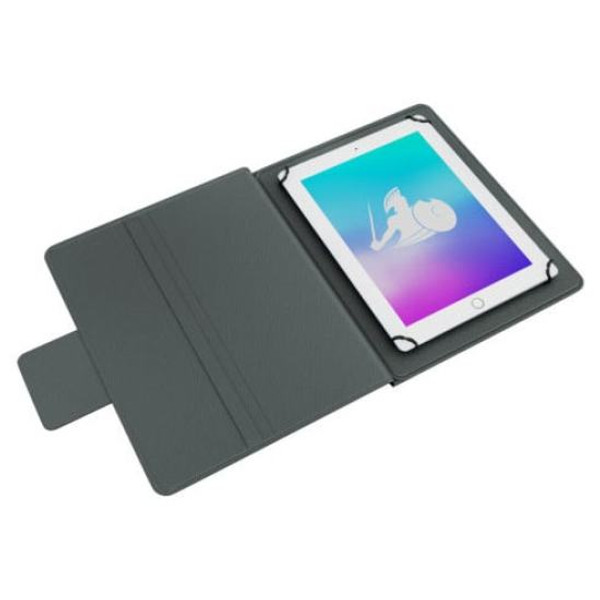 The DefenderShield® Universal Tablet PC Radiation Protection Case and iPad Radiation Shield is uniquely structured to provide total protection from the radiation emitted from the back of your tablet.

The DefenderShield® folio case is the only tablet computer radiation shield capable of protecting all forms of tablet radiation. Use the DefenderShield® Universal Tablet PC Radiation Protection Case while using your tablet in your lap to protect yourself from a broad spectrum of potentially harmful tablet radiation emissions.Compatible with most tablet computers including including iPad, Nexus, Galaxy, Kindle and Nook.

Q. What concerns should I have about using a tablet on my lap?

A. When you use a tablet directly on your lap, it exposes you to potentiallydangerous emission levels. These emissions include:

Your laptop, tablet and many other electronic devices produce some or all of theseemissions.

Q. What health issues are caused by wireless emissions?

A. Studies have shown that direct exposure to ELF EMR, RF EMR and Heat Radiationemissions can cause numerous health risks like:

Q. How do I use the DefenderShield Tablet PC Radiation Protection Case?

A. The DefenderShield uniquely structured to provide total protection from theradiation emitted from the back of your tablet. While using your tablet in your lap,just place your tablet within the case to protect yourself from a broadspectrum of potentially harmful tablet radiation emissions.

Q. Is The DefenderShield constructed with any hazardous materials?

A. The DefenderShield is free of PVC, BPA, BPS and other known environmentalhazards. It also contains no dangerous compounds or contaminants (like lead). The leather case is made from the highest quality PU leather.