Last month we celebrated the Winter Solstice, which marked the shortest day of the year. December 21, 2018 brought not a single ray of sunlight to places like the North Pole, located at the very top of the Northern Hemisphere. Regardless of where you are living, the hours of sunshine are significantly shorter in the winter months than in the summer months. Compounding the issue further, winter tends to bring more gloomy and overcast days, snow, and harsh weather, all of which keep the sun from shining. It’s really no wonder that so many people experience seasonal affective disorder each year.

Seasonal affective disorder (SAD) is often known as the “winter blues.” However, for some people it can feel much heavier and more significant than just a little bit of sadness. Although SAD is a type of depression, it is not to be confused with other forms of depression such as major depressive disorder, persistent depressive disorder, or postpartum depression. (1) Aptly named, seasonal affective disorder usually comes and goes with the seasons. Typically, it begins in October when the leaves change and the air becomes cool and crisp. Once the time falls back an hour in the beginning of November, depressive feelings can peak and carry through the shortest day of the year in December all the way to March or April when the time springs forward again. (2) 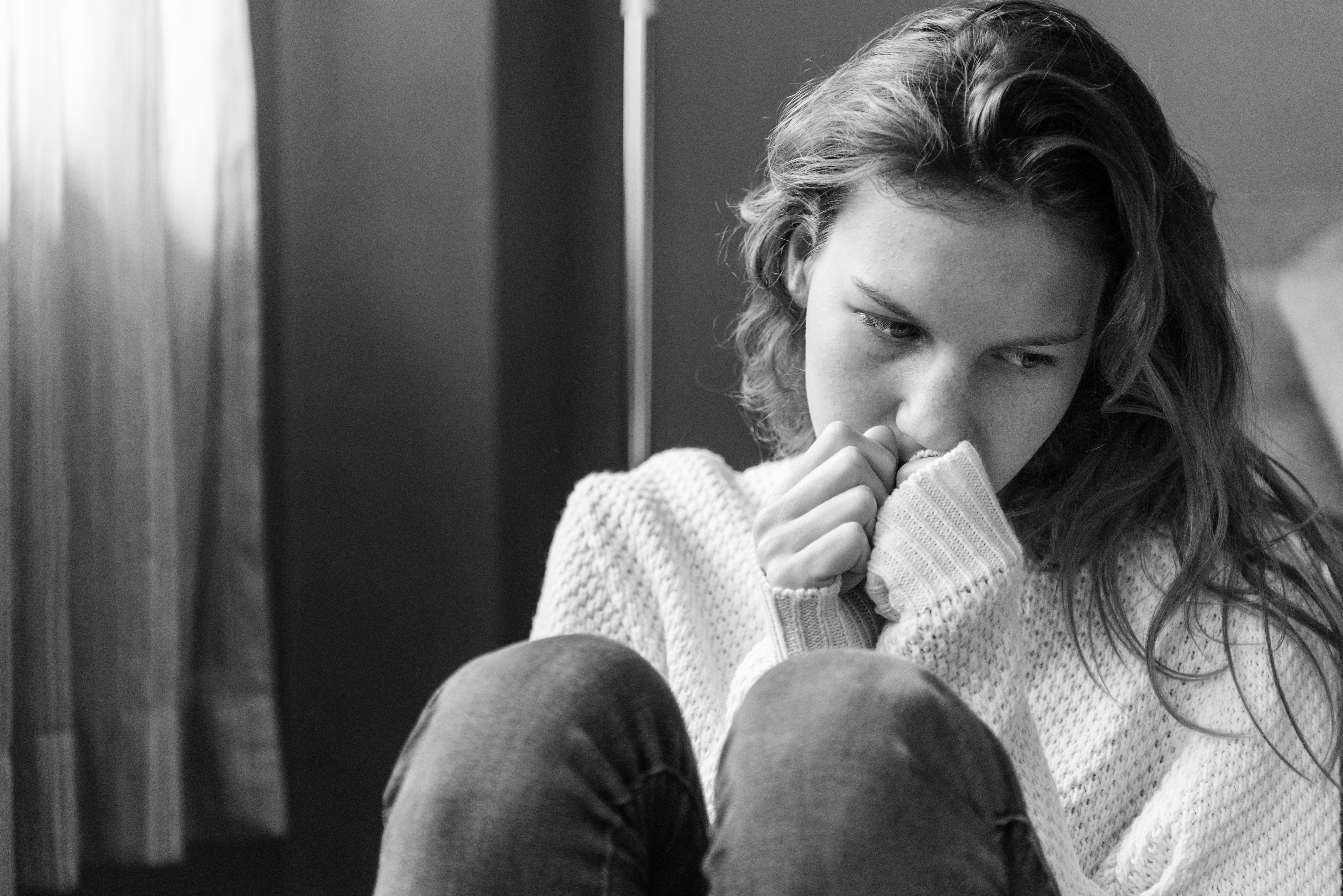 Studies show that SAD affects approximately 10 million Americans each year. Further, a more mild form of SAD plagues another 10 percent to 20 percent of the population; 80 percent of these sufferers are women. Of course the further north you go, the more common seasonal affective disorder is. (3) (4) SAD can begin at any age, but most commonly it starts in men and women between the ages of 18 and 30.

According to the Diagnostic and Statistical Manual for Mental Disorders (DSM-V), seasonal affective disorder can be characterized by many symptoms similar to major depression including:

So what is it about the winter months that have so many people feeling down? For one, the reduced levels of sunlight can alter the body’s circadian rhythm. Many people wake up and arrive at work for the day when it is still dark outside. Making matters worse, the sun sets so early that any hope of sunlight has diminished by the time 5:00 pm roles around and it’s time to go home for the day. This lack of exposure to natural sunlight can greatly disrupt the body’s internal clock and cause an overproduction of the hormone melatonin, which regulates sleep. As a result, individuals may feel more lethargic and experience low mood. (5)

Another important contributor to seasonal affective disorder is low serotonin levels. Serotonin is a neurotransmitter that affects mood. Several studies have found that individuals suffering from SAD have less bioavailable serotonin in the winter than in summer months. (6) (7)

The good news is that all is not hopeless! Spring is just around the corner, and in the meantime, there are several natural remedies that can help to keep your spirits up this winter. If you need additional support with your mood, be sure to talk with your healthcare provider about treatment options.

The most widely known remedy for aiding in winter depression is Vitamin D – the sunshine vitamin. Patients with seasonal affective disorder usually have low levels of vitamin D. It is important to get your levels well in to the optimal range. A score of 35 would be considered normal, but is still far lower than it should be to help combat depression. 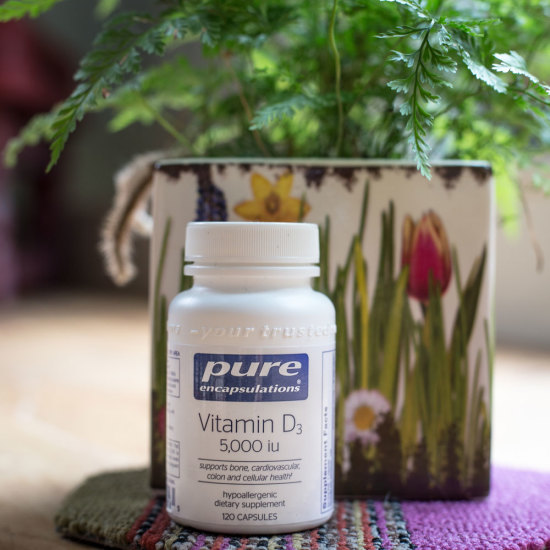 B vitamins are also beneficial as they help boost energy levels. Simply taking a b-complex vitamin can do a lot for your mental health. 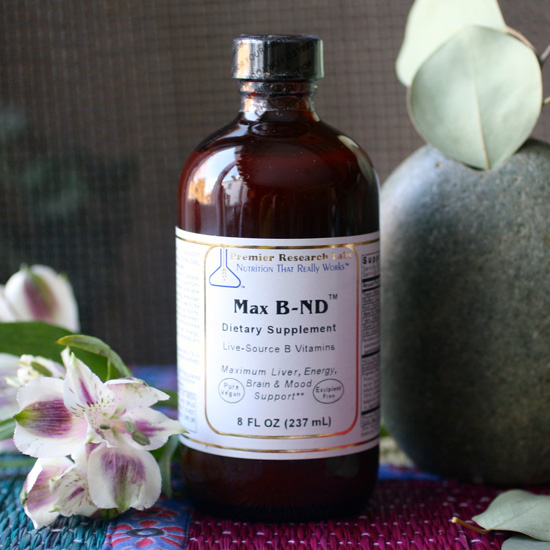 Did you know that even though serotonin is a brain chemical, 90 percent of it is made in the gut? That’s right, your gut and brain are indeed intricately connected. This is one reason why it is important to maintain a strong gut and healthy digestion. (8) Consider probiotics, digestive bitters, bone broth, or even the GAPS diet to get your belly nice and strong 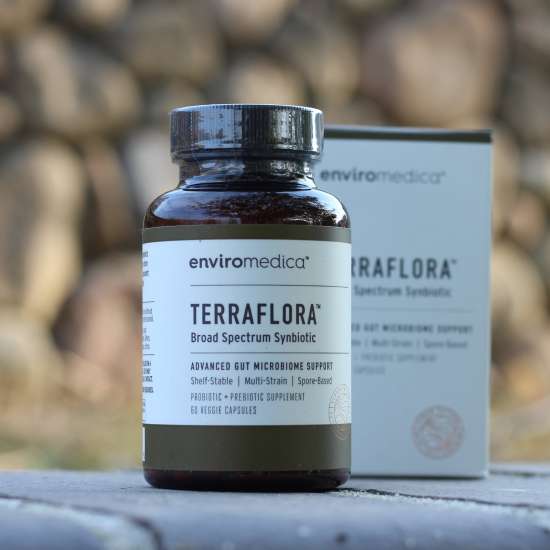 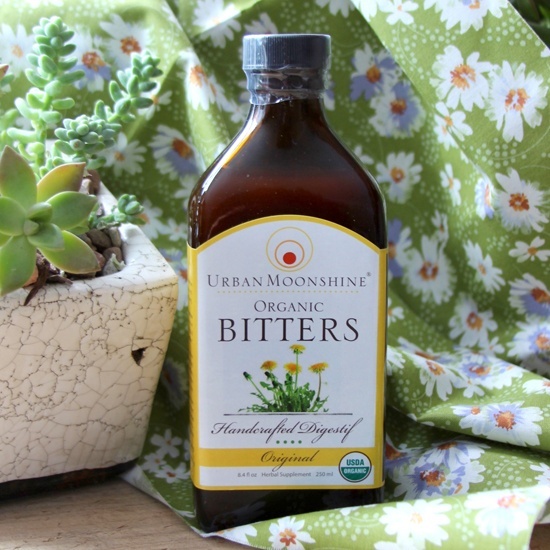 Since the 1980s, Light Therapy has been considered a key treatment for SAD. This involves exposure to bright, artificial light via a specially designed light box. Individuals are instructed to sit in front of the box first thing in the morning on a daily basis to help regulate circadian rhythm.

Of course getting outside and exposing your skin and eyes to any sun there is can help too. This can be really difficult for those who live in exceptionally cold climates. Since I recently left the SoCal sun for bitter, icy, gray Illinois, one thing I have enjoyed doing this winter is just sitting in front of my glass porch door and reading or working while the sun beats in on my face. It is a lot warmer than suiting up and going out into the single digit temperatures outside! If you do live in a climate where it is more feasible to go outside, consider getting a yoga or grounding mat, or another way to stay fit to help you stretch, relax, and rejuvenate. Or, if you are looking to exercise and it’s to cold to go outside, set up one of these rebounder trampolines in front of your nice sunny window!

Smile, Spring will be here soon!