Have you ever been told that you’re too sensitive? Are you easily bothered by bright lights, loud noises, violent television shows or caffeine? Can you immediately pick up on the feelings and energy of those around you when walking into a room? If you answered yes to any of these questions, you might be a member of the 20% of the population that can be described as a Highly Sensitive Person (HSP). An incredible body of research has emerged in recent years describing this trait and detailing some key strategies that can help sensitive individuals manage in the busy, fast-paced and technology-ridden modern world.

What Is a Highly Sensitive Person?

At first the concept of being a Highly Sensitive Person might sound a bit like psychological mumbo-jumbo. Is it really possible that people could have varying baseline levels of sensitivity? According to clinical psychologist Elaine Aron, PhD and her team of researchers, the answer is a resounding yes! In her nationally best selling book The Highly Sensitive Person: How to Thrive When the World Overwhelms You, Aron outlines the key features of this distinct personality type, which is predicted to affect more than 50 million Americans. (1)

In the scientific literature on the subject, researchers describe Highly Sensitive People as individuals that have increased Sensory Processing Sensitivity. This trait is associated with greater sensitivity and responsitivity to environmental stimuli and is measured by an evidence-based tool called the Highly Sensitive Person Scale (HSPS). Findings on the topic have been widely integrated into mainstream psychology and have been published in journals including Counseling Today, Counseling and Human Development, Personality and Social Psychology Review, Brain and Behavior, Social Cognitive and Affective Neuroscience and the prestigious Journal of Personality and Social Psychology. A modified version of the scale that can be used for personal assessment can be found here. (2)

Using the HSPS scale, scientists have been able to identify that Sensory Processing Sensitivity is determined at birth and that it seems to have a strong genetic basis. Specifically, the trait is connected to alterations in genes involved in the serotonin and dopamine systems. These neurological systems are responsible for the regulation of mood, appetite, social behavior, digestion, sleep and memory. This explains why Highly Sensitive People exhibit distinct patterns of behavior, physiological reactions and levels of brain activation. It also proves that it will never work to simply tell someone to “stop being so sensitive” or to “toughen up.” Varying levels of sensitivity have a deep biological basis and are actually very important for social diversity. (3)

Why Are Some People More Sensitive?

The question remains however, as to why certain people are born with greater levels of sensitivity than others. There are some theories that suggest that the trait may actually have evolved to promote survival. After all, having heightened Sensory Processing Sensitivity makes individuals more aware of subtle changes in the environment and promotes increased reactivity to these stimuli. This enhances the ability to identify opportunity and threats in the environment, and is also advantageous for work in social groups.

One pivotal research study on the matter was completed by Acevedo, et al., 2014. The team used fMRI imaging techniques to look at the brains of Highly Sensitive People. They found that certain areas of the brain are more highly reactive in Highly Sensitive People when compared to the rest of the population. In particular, areas of the brain controlling for the following traits were found to “light-up” more strongly when study partipants were asked to view photos of different facial expressions:

These results highlight how the sensitive brain mediates greater attunment and responsiveness to others. (4)

In many ways, being a Highly Sensitive Person is therefore empowering, highly protective and advantageous to human survival. Yet in the modern world, which is inherently fast-paced and competitive, this level of caring and attention isn’t often valued or appreciated. The result can be rapid burn-out and overwhelm that leads to individual fatigue and isolation. Aron suggests that being a Highly Sensitive Person in the 21st century is actually a major risk factor for the development of mental health disorders such as anxiety and depression.

While it can be burdensome to be highly sensitive today, there are many features that are relevant and sorely needed in the modern world. These include increased empathy, intuition and social intelligence. The key to thriving as a Highly Sensitive Person is to find self-care tools that help to balance and filter incoming information. When the nervous system is tonified, sensitivity can be fully transformed into a gift for self and others. 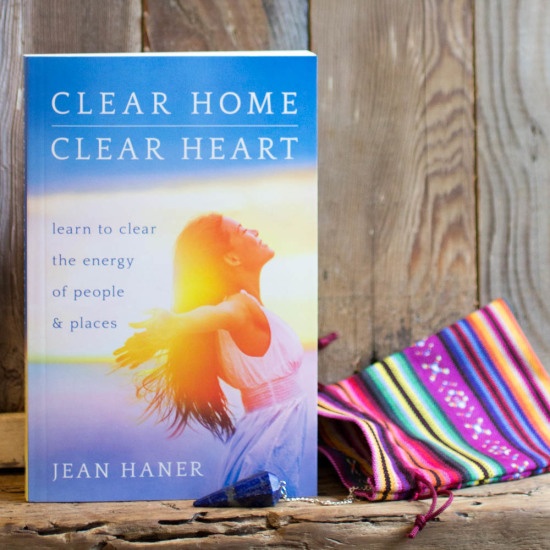 The most conventional way to learn to manage sensitivity is through formal psychotherapy, which can be hugely beneficial for bringing awareness to thoughts, feelings and behavior. There are also effective integrative techniques including meditation, self-compassion exercises and yoga. These practices help to modulate sensory information in the body and mind for a more harmonious present-moment experience. Another technique that has been growing in popularity recently is the practice of energy clearing as described in the new book Clear Home, Clear Heart by Jean Haner. This technique uses the ancient practice of pendulum clearings to help release old stress and move "contagious' energy that Highly Sensitive People tend to pick up from surrounding people and places.

More important than tools and techniques however, is the realization that sensitivity can be reclaimed as a gift. Highly Sensitive People possess a unique potential for bringing about joy, vitality, bonding and happiness for themselves and others. This basic awareness can be the beginning of authentic change and transformation.