Castor oil is a traditional healing oil derived from the seed of the castor plant, Ricinus communis. Unique in composition and diverse in effects, it has therapeutic roots dating as far back as Ancient Egypt, where castor beans were ceremonially included in tombs from 4,000 BC. Though the castor seed plant is native to India, most parts of the castor plant have found a useful place in industries across the globe: stems are heavily used in textiles and the oils have long been used as medicinal rubs. Global folkloric healers have used the oil of the castor seed for centuries as a gentle remedy to bring about general well-being, digestive aid, pain relief and skin condition clearing, among other things. Edgar Cayce brought the “mystical” therapeutic remedy to 20th century America, resulting in alleged health recoveries for many individuals. However, in the highly technical system of Western Medicine this simple complementary adjunct therapy has been long forgotten in a popular context. Thus, informed by the research of modern science, it is important step back and consider: what exactly is the reparative magic that sustained castor oil in it’s place as a healing elixir for centuries? 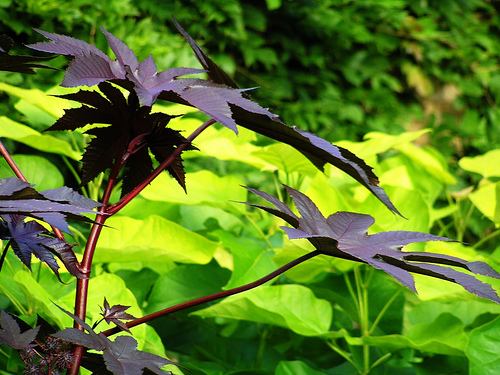 A Master Detoxifier at Work

As a rare triglyceride fatty acid, castor oil is full of active phytochemicals which work to stimulate blood circulation and enhance biological energy to the localized area on which it is applied. When massaged into the skin, castor oil is readily absorbed so that the beneficial components reach and gently heal the localized underlying tissues and organs, and are also circulated in a more systematic manner for broad restorative effect. The main therapeutic agent in castor oil is rare ricinoleic acid, which makes up about 90% of the fatty acid composition. Interestingly, a protein found on the exterior of the castor plant called ricin, has been found to be toxic on ingestion. However, it is not found in transdermal castor oil formulations. Thus, castor oil has been found by long-standing use and testing to be a generally safe and effective therapeutic adjunct for a variety of ailments. 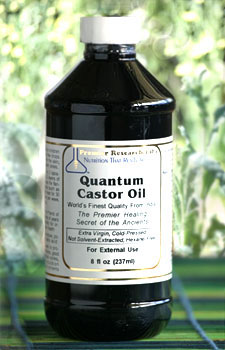 In a world infiltrated with toxins and chemicals, perhaps one of the most valuable implications of castor oil is it’s multimodal ability to promote detoxification. Unlike clay treatments which directly “pull” toxins from the body, research has shown that castor oil stimulates various body systems, thus encouraging the flow of unwanted substances towards elimination. One such pathways is via accelerated movement of lymph, which increases the removal of bacteria and wastes from tissues, and also reduces the size of swollen lymph nodes. By activating the lymphatic system, castor oil is also helpful in enhancing the immune system response, and correspondingly lessening symptoms of fatigue and depression. Another method through which castor oil works to eliminate wastes is through the gastrointestinal system. When applied directly to the abdomen, this therapeutic oil reaches the small intestine where the ricinoleic acid works as a mild irritant to the intestinal lining, stimulating nutrient assimilation and elimination. Castor oil has also been found beneficial in enhancing liver function, the master detoxifying and protein synthesizing organ. As Dr. Thomas Cowan, author of The Fourfould Path to Healing, states “given under a heating pad applied to the liver for two hours, from one to seven times per week, the castor oil stimulates both phases of liver detoxification and is a tried and true medicine for helping all parts of liver function.”

Beyond aiding in waste elimination and detoxification, castor oil treatments have been found useful in cultivating wellness through several other pathways. The unsaturated fatty rinoleic acid found in such unusually high concentrations in the oil, is an active antimicrobial that has been shown in studies to be successful in preventing the growth of numerous viruses, bacteria, yeast and molds. Clinical studies have also verified that rinoleic acid is an impressive analgesic and anti-inflammatory that can be used as effectively as soothing and non-invasive topical treatment on injuries with non-broken skin and also to ease complications from scar tissue. While research has verified the “folkloric” traditions of castor oil as an adjunct therapy for conditions as diverse as dermatitis and cancer, below is a handy summary of common uses:

What is a Castor Oil Pack? 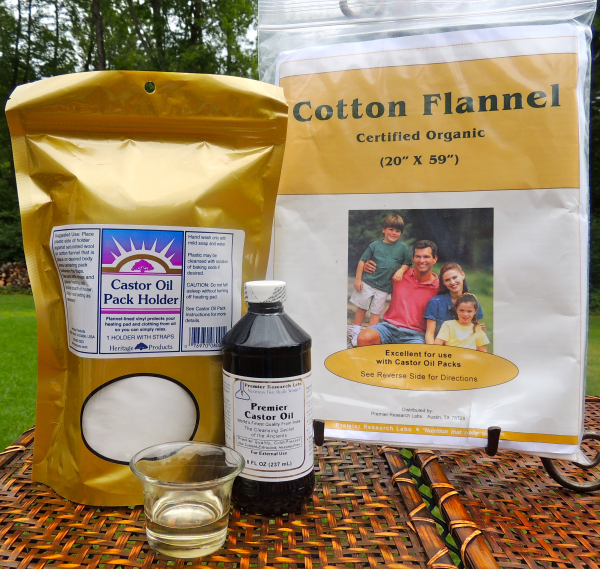 The light yellow castor oil is generally used topically, in a “pack” placed over the skin. Castor oil packing is a highly relaxing sensory experience, that can be conveniently done in one's own home without a great deal of fuss. The pack is generally made up of three layers of organic cotton flannel saturated with the oil, then covered with a sheet of plastic (or placed in a convenient wrap) with a heating pack or hot water bottle over it. For general health, this wrap can be placed on the abdominal area or low back, or to a more acute area of discomfort such as joints, over the liver, kidneys or directly on a skin condition. Be sure when selecting a castor oil, you chose one which has not been derived from hybridized seeds, solvent-extracted or deodorized, as this will ruin any potential for therapeutic effect. The trusted Premier Research Labs Castor Oil offered at Radiant Life is from the fertile soils of the forests in central India, where castor oil beans are still grown and collected by traditional herbal masters. The cotton flannel is also certified organic to ensure that no pesticides are absorbed into the skin as a result of treatment.

Support for the Liver by Thomas Cowan, MD

*All articles and information on this website are for educational purposes only. They are not to be regarded or relied upon as medical advice. These statements have not been evaluated by the Food and Drug Administration. This product is not intended to diagnose, cure, treat or prevent any disease. Results may vary per person. Consult your health practitioner if you have health problems.