It’s a fact that is gross but true...all humans produce some amount of sweat and body odor. Starting in the gloriously awkward, braces-wearing days of puberty and on into later adulthood, we are taught to dutifully fend off any offensive underarm smells by smearing on globs of odor-fighting antiperspirants and deodorants. However, despite their common use, these odor-fighting personal care items contain a shocking amount of toxic substances and irritating chemicals that are really just not worth the trade-off. So next time you are searching for a stench-eliminating weapon, try making your own natural deodorant with coconut oil instead. Inexpensive, strong and long-lasting, this wholesome alternative is quite effective and can actually be fun to make. Who ever imagined that “deodorant” could ever be used in the same sentence as “fun”? 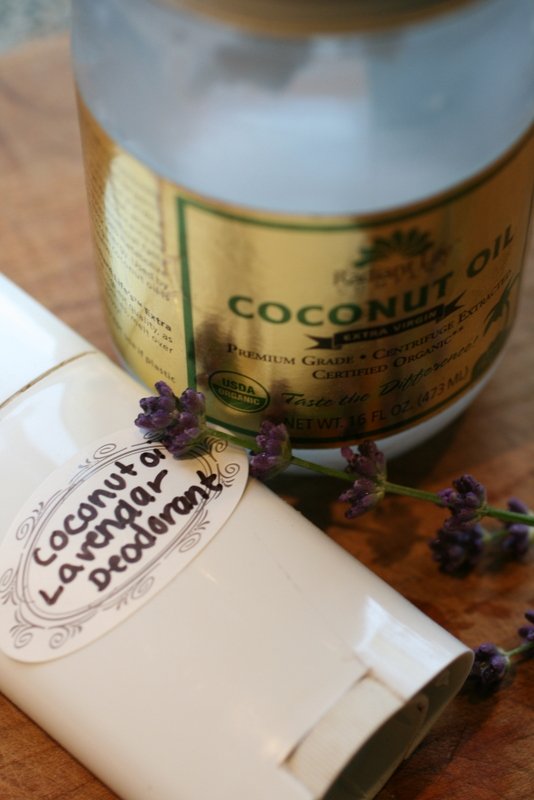 Before we get to the creative part, let’s review a tidbit of functional anatomy. The skin has two types of sweat glands that work together in a system to regulate body temperature, maintain an equilibrium in body fluids and electrolytes and hydrate the skin. Eccrine glands are found over most of the body, opening directly onto the surface of the skin, while apocrine glands are concentrated in areas that are dense with hair follicles such as the scalp, armpits and groin. Though there are many nutritional and health factors that can effect the proper functioning of these glands, the general process for their stimulation is as follows: when the body temperature rises, the autonomic nervous system signals for the eccrine gland to secrete a water and salt based fluid onto the skin, which consequently cools the body as it dries. Apocrine glands are generally stimulated under stress or emotional response, wherein a tubule in the gland near the hair follicle pushes a fatty substance onto the skin. As the natural skin bacteria break this secretion down, an odor is produced. This is the origin of what we call sweat and body odor, or that infamous “b.o.”

While we strive to keep our appearances neat and body odors under control, the truth is that blocking the sweating response completely by smothering our armpits in antiperspirants is altogether unnatural. This glandular system was built to keep the body in a state of balance and should thus not be completely smothered or shut down. Deodorants, which just work to mask the odor, are a better option but come with their own share of concerns as many of the flamboyantly colored or lusciously scented commercial preparations are loaded with harsh chemicals. Here is a list of some concerning chemicals commonly found in commercial deodorants and antiperspirants:

Aluminum- Aluminum is a heavy metal that blocks sweat from escaping from pores. The form found in toiletries, aluminum zirconium is disruptive to the nervous, reproductive and endocrine systems. While several studies have found it to be carcinogenic and linked with Alzheimer’s disease, it remains on the market.

Propylene Glycol- This petroleum based ingredient helps to soften cosmetics so that they glide onto the skin with ease. While argued to be safe in small quantities, higher concentrations of this substance have been found irritating to the skin and damaging to the heart, liver and kidneys.

Parabens- A group of synthetic preservatives, these chemicals act as estrogen mimickers and have been found to be very easily absorbed into the skin. Their use has been linked in several studies to hormonal imbalance and cancer development.

Triclosan- Classified as a pesticide by the FDA and probable carcinogen by the EPA, this ingredient is still used in some antiperspirant preparations for anti-bacterial effect. It is also found in some antibacterial soaps and gels.

Coconut oil deodorant is easy to make, serves as an effective carrier for essential oils of your choosing and is phenomenally good for the skin. Coconut oil nourishes and hydrates the skin as well as underlying tissues. Furthermore, it has a unique lauric acid component that works to protect the skin with antimicrobial capability. 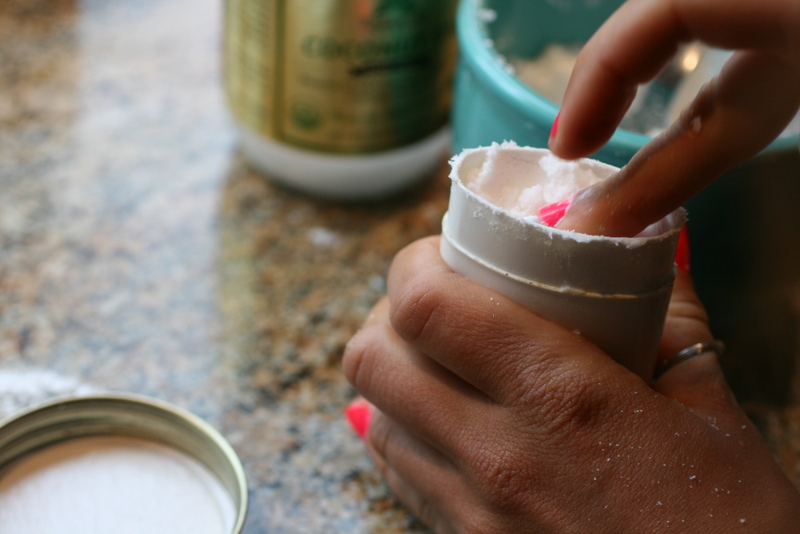 Sift arrowroot powder into a bowl and mix with baking soda. Add in coconut oil and other essential oils of your choice, blending until a paste-like texture is achieved. Place mixture into preferred container- you can use an emptied out deodorant stick or a small glass container. If you chose to use the plastic deodorant stick, note that coconut oil melts at about 76°f, so you may have to refrigerate to keep it solid in the warmer months. If using a container, you might try preservative violiv glass, which enhances the quality of your product with time and looks appealing stored on the counter.

Sweat Glands and Hyperhydrosis from the Mayo Clinic