As far as cosmologists can tell, there were only three elements present when the universe was first formed some 13.8 billion years ago: hydrogen, helium, and lithium. As one of the three original elements, lithium is found throughout our atmosphere. The sun, stars, and meteorites burn brightly with the flame of this highly reactive element. On earth, lithium remains a major mineral component of granite rock, and also lingers in significant amounts in sea water, mineral springs, and soils. Every organ and tissue in the human body contains the mineral lithium, with particular importance in brain health. 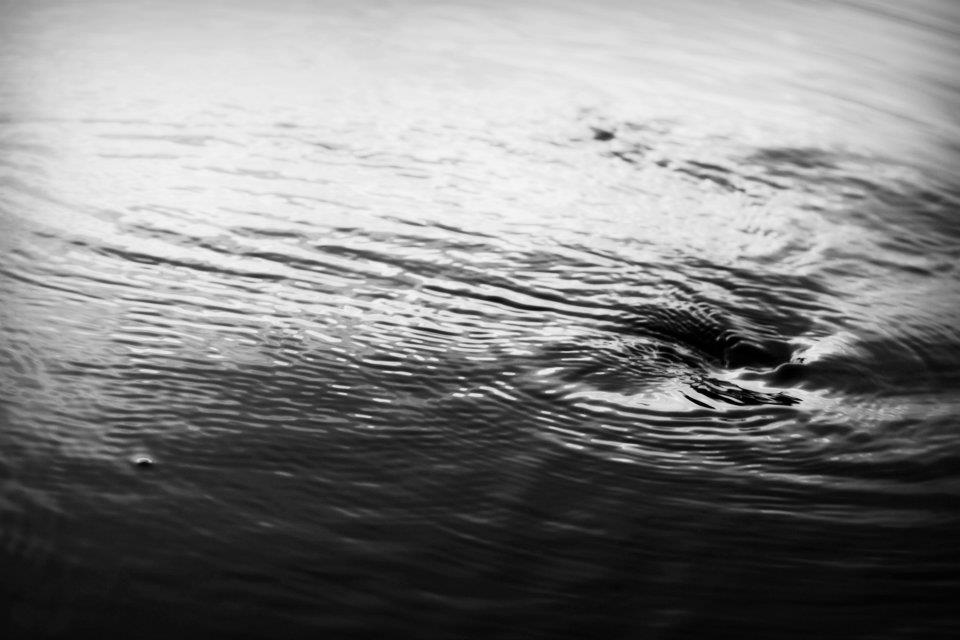 Today, we do not tend to think of lithium as an essential mineral in human physiology. Lithium does not evoke visions of stars, peaceful rivers, or strong, healthy bodies. Instead images of lithium are more often associated with pharmacies, doctor's offices, and back wards of psychiatric hospitals. Lithium is perceived, almost exclusively, as a dangerous drug used to treat severe mental illness with incapacitating side effects. But this is not the entire story.

Lithium as a Mineral

Lithium was given its official name by a Swedish chemist named Johan August Arfvedson in 1817. He isolated the element while studying petalite – a rich mineral deposit found in soils – on the remote island of Uto. The unique substance was named lithium after the Greek word lithos, meaning literally "from stone."

Over the past two centuries, scientists have gained a deeper appreciation of this alkali earth metal, which is now known to be relatively common in the earth's upper crust. As the 27th most abundant element, it can be found in rock sediments, salt flats, and mineral springs at varying concentrations throughout the globe. The largest deposits of lithium are salars, or vast saline basins in the deserts of South America. Lithium is also highly concentrated in clay beds and hard rock underground mines dotting Australia, China, and some parts of North America.

Lithium is in fact so ubiquitous in these environments that it can readily be found in food and water supplies. The US Environmental Protection Agency has estimated that the daily lithium intake of an average adult ranges from about 0.65 mg to 3 mg. Grains and vegetables serve as the primary sources of lithium in a standard diet, with animal byproducts such as eggs and milk providing the rest. 1

The most frequent source of lithium in the modern diet, however, is tap water. Depending on geographical location, drinking water contains substantial amounts of naturally occurring lithium. According to environmental surveys, water with high mineral content can translate to 2 mg or so of lithium per day. 2

Unfortunately, there has been little research on the specific consequences of lithium deficiency in humans. However, trials in which animals have been put on low-lithium diets have revealed a gross decrease in reproductive function, lifespan, and lipid metabolism. 3 It is quite possible that lithium deficiency has many other effects on human physiology, but the study of nutritional lithium has been overshadowed by the volatile reputation of high-dose pharmaceutical lithium.

Recently there has been a deepening interest in the use of nutritional lithium for brain-based disorders like Alzheimer's disease, however. Given its being the only cause of death in the top 10 in America that cannot be prevented, cured, or slowed, researchers are spending billions of dollars on Alzheimer's disease. There is a fast-growing community of researchers suggesting that the mineral lithium may provide significant benefits in the treatment and prevention of Alzheimer's.

Lithium has been shown to disrupt the key enzyme responsible for the development of brain lesions associated with Alzheimer's disease. This enzyme is glycogen synthase kinase-3 (GSK-3), a serine/threonine protein kinase that is important in neural growth and development. Notably, specific levels of GSK-3 are required to carry out the synaptic remodeling that drives memory formation.

In Alzheimer's disease, GSK-3 becomes hyperactive in the areas of the brain controlling memory and behavior, including the hippocampus and frontal cortex. This upregulation spurs GSK-3 to phosphorylate, or activate, amyloid-B and tau proteins in the neurons of these regions at an aberrantly high rate. Over time these proteins accumulate to create the signature plaques and tangles that disrupt the brain tissue and result in symptoms of cognitive decline. Lithium works as a direct GSK-3 inhibitor to prevent this overexpression, halting inappropriate protein production before they impair brain function. 4, 5

In addition to protecting the brain from the development of plaques and tangles, lithium has been shown to repair existing damages brought about by Alzheimer's disease pathogenesis. Lithium ions, for example, encourage the synthesis and release of key proteins that protect nervous system cells. These proteins are called neurotrophic factors and include compounds such as brain-derived neurotrophic factor (BDNF) and neurotrophin-3 (NT-3). 6 One study has even directly demonstrated that damaged nerve cells exposed to lithium show signs of nerve regrowth and regeneration. 7

In a recent trial published in Current Alzheimer's Research, a nutritional dose of just 300 mcg of lithium was administered to Alzheimer's patients for 15 months. When compared with the control, those on low-dose lithium showed significant improvements in cognitive markers after just 3 months of treatment. Furthermore, these protective effects appeared to strengthen as the study proceeded, with many of the lithium-treated individuals showing marked cognitive improvements by the end of the trial. These results suggest that lithium could be a viable treatment for Alzheimer's disease when used at low doses over the long term. 8

Dr. Nassir Ghaemi, one of the more notable and respected advocates of lithium use in the medical community, recently published a review in 2014 in Australian and New Zealand Journal of Psychiatry summarizing the benefits of low-dose lithium therapy. Ghaemi and his colleagues performed a systematic review of 24 clinical, epidemiological, and biological reports that assessed standard or low-dose lithium for dementia along with other behavioral or medical benefits. Five of the seven epidemiological studies established a correlation with standard-dose lithium therapy and low dementia rates, while four other randomized clinical trials demonstrated that low-dose lithium yielded more benefit for patients with Alzheimer's dementia versus placebo. Based on these findings, Ghaemi stressed that "lithium is, by far, the most proven drug to keep neurons alive, in animals and in humans, consistently and with many replicated studies." 9 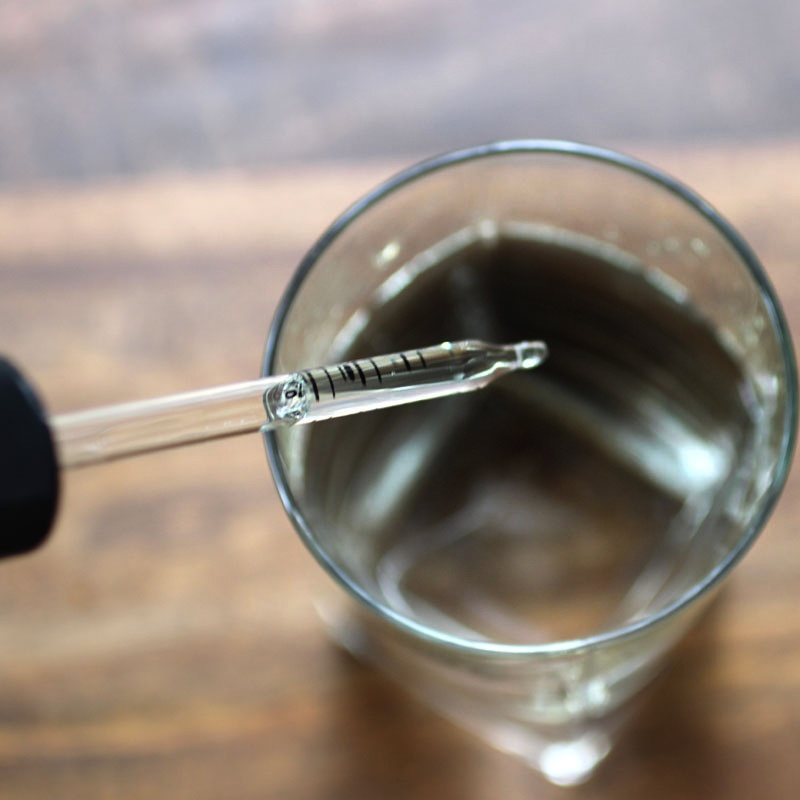 Lithium as a Supplement

Given this research, some integrative health practitioners are calling lithium a tragically misunderstood and underused nutrient. The diverse neuroprotective mechanisms are truly remarkable. The scientific literature has shown that lithium modulates GSK-3, enhances the release of neurotrophic factors and promotes physiological changes that could reset the trajectory of neurological illness. Lithium is powerful, reliable, cost effective, and, at low doses, can be completely safe.

Unfortunately nutritional lithium probably won't become the next popularized medical "miracle treatment," as there is little profit to be made in selling an abundant and unpatentable earth mineral. Currently some natural health and supplement companies do carry low-dose lithium (1-5 mg capsules) as an over the counter nutritional supplement in a form known as lithium orotate. The nutrient can also be found in select naturally sourced trace mineral blends such as Anderson's Mineral Drops and Concentrace Ionic Minerals, which are made from the water of Utah's Great Salt Lake.

We hope that in the future there will be more research completed to help us understand the value and importance of the nutrient lithium, one of earth's oldest elements.

This article has been adapted from the original version published in the October 2015 edition of The Townsend Letter Lithium: The Untold Story of the Magic Mineral That Charges Cell Phones and Preserves Memory by James M. Greenblatt, MD and Kayla Grossmann, RN.