One of the most popular questions I receive both from readers of this blog, as well as friends and family members is: what is the best antioxidant available? While I usually shy away from silver bullet solutions, when it comes to antioxidants, there really is one that stands out above the rest. The amazingly powerful marine antioxidant called astaxanthin (pronounced asta-zan-thin) is at the top of the list. It’s a front runner in the world of antioxidants - 550 times the antioxidant strength of Vitamin E and 6000 times that of Vitamin C! While astaxanthin has been available for years, recent research has highlighted the properties of this remarkable, naturally-occurring carotenoid and brought it out into the mainstream. Astaxanthin is now gaining clout as a powerful therapeutic tool for vision, skin, pain, inflammation and other chronic ailments.

Naturally and sustainably sourced from micro algae, astaxanthin is quite common in nature, especially in the marine environment. It is the substance that gives species such as salmon, shrimp, krill, lobster and flamingos their unique and rich, pinkish-red hue. These fish and animals obtain astaxanthin in their diet from zooplankton, insects or crustaceans that have accumulated astaxanthin from phytoplankton.

Although natural sources of astaxanthin are numerous, nearly all are found in very low concentrations. There is one exception. By far, the green algae Haematococcus pluvialis provides the most concentrated natural source of astaxanthin known, from 10,000-40,000 ppm (mg/kg) astaxanthin in addition to other important carotenoids such as beta-carotene, lutein and canthaxanthin. As a comparison, the flesh of wild Atlantic salmon on average contain 5 ppm of astaxanthin, Coho salmon about 14 ppm astaxanthin and sockeye salmon average 40 ppm. Experts recommend that taking 8-12 mg of astaxanthin per day yields the greatest benefit for most. Thus while the compound is found in trace amounts in salmon and other seafood, you would need to eat over 5 pounds of Atlantic salmon to reach the optimal dose! Naturally harvested astaxanthin from green algae is available in supplemental form to augment what can be obtained in the diet. While I am usually a proponent of getting nutrients from foods rather than supplements, astaxanthin is important to consider — especially if you don't tend to eat a significant amount of seafood regularly. 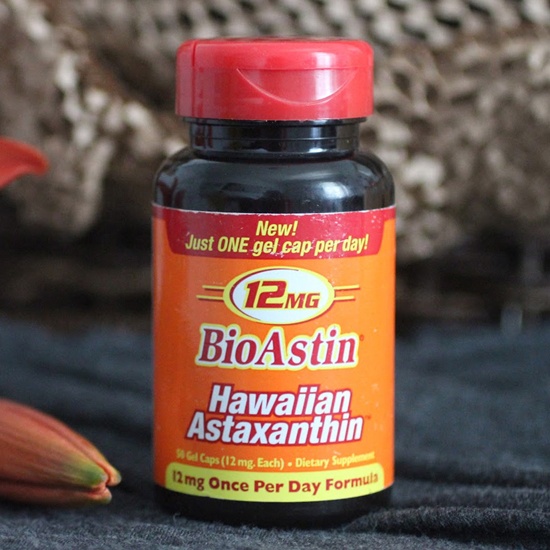 • Protects the eyes and brain

Astaxanthin: A Review of the Literature